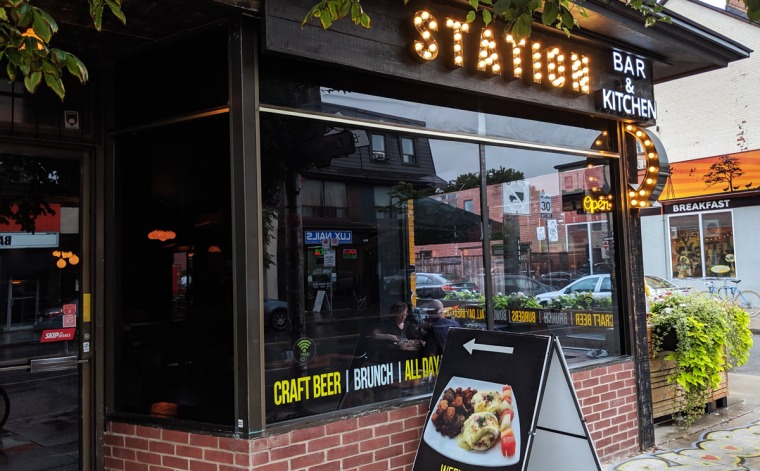 The burger at Station Bar & Kitchen is solid.  I’ve had better and I’ve definitely had worse.  Nothing about it particularly stands out, but if you’re looking for a hamburger, it’s there.  It exists, and it won’t make you sad.

I know that’s faint praise, but what are you going to do?  Not every burger can be a home run. 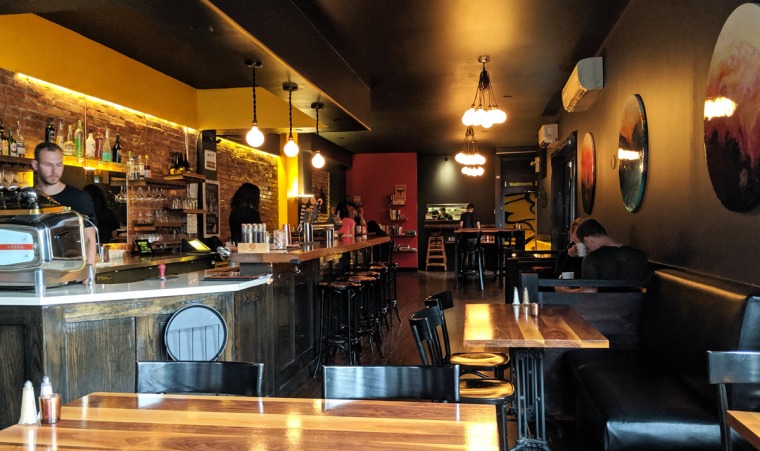 The “Station Cheese Burger,” per their menu: “7 ounce beef brisket patty ground in-house with our secret spice mix, on a toasted brioche burger bun with house made burger sauce and a slice of melted cheddar.  Topped with lettuce, tomato and onions.”

The reference to a spice mix had me worried; this has been discussed ad nauseam on this blog, but once you mix spices directly into a hamburger patty, it starts losing its essential burgeriness.  It becomes meatloaf. 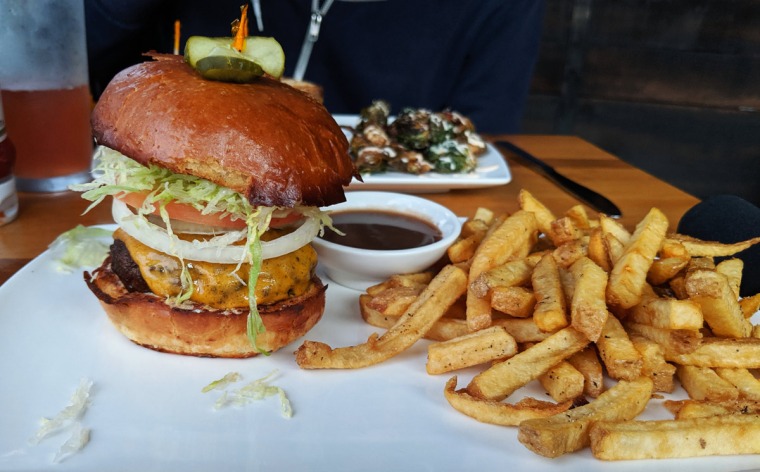 Thankfully, that wasn’t the case here.  Though I think they had mixed spices into the patty, it was done subtly enough that it wasn’t particularly an issue.

The griddled, medium-well patty was pretty decent — most notably, it was juicy, and the texture of the grind was pretty much exactly where it should be.  It also had some crust from the griddle.  It’s a solid patty. 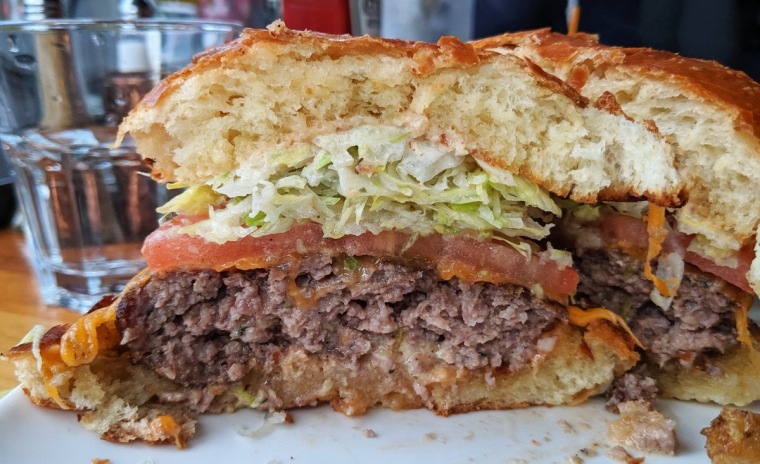 I wish the beef itself had more flavour, however.  The flavour certainly isn’t bad, but there’s such a distinct lack of beefiness that I briefly wondered if pork was involved.

Everything else was pretty good, from the nicely toasted bun to the zesty mayo-based burger sauce and the mild, melty cheddar.

As for the fries, they’re quite tasty, and come with a little container of gravy that makes for a delightful dipping sauce.