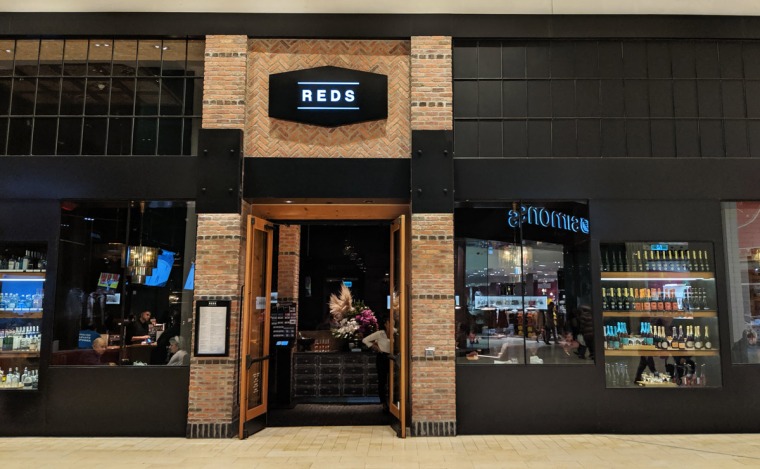 I don’t know why I keep reviewing the burger at chains like Reds.  They’re always just as mediocre and personality-free as you fear they’re going to be, so why do I keep subjecting myself to them?  Because I hate myself, apparently?

To be fair, Reds only has three locations, so it’s not quite a full-on chain like Moxie’s or Milestones.  It’s also slightly better than those types of places.  But it’s not great.

It’s… well, it is what it is.  It’s mostly inoffensive.  The griddled patty is dry, because of course it’s dry, but it’s otherwise decent enough.  There’s a good amount of crust from the griddle, and the texture of the beef is basically where it should be.  The flavour isn’t particularly beefy, but it’s not unpleasant.  If it weren’t so dry, it would have been pretty good.

The no-frills toppings are exactly what you think they’ll be, and the fluffy, fresh bun is actually really good.

I don’t know.  It’s a burger.  It’s mostly inoffensively tasty, but it’s so bland and unmemorable that it may as well not exist.

As for the fries, they were mostly quite good, though they were a little bit undercooked.