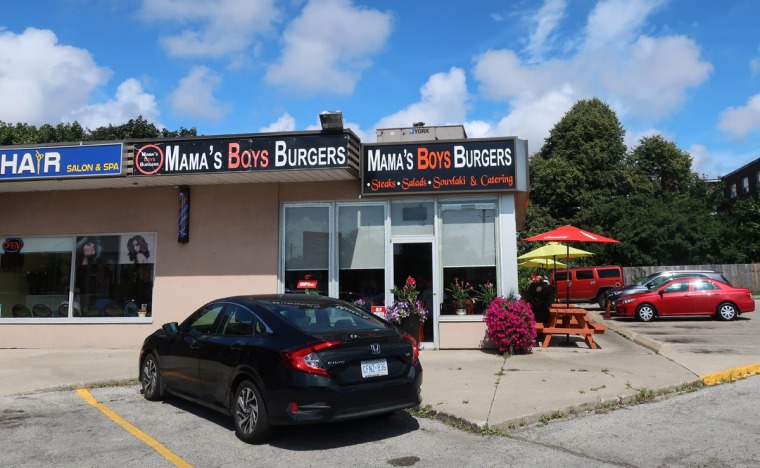 If nothing else, I have to give kudos to Mama’s Boys Burgers for doing something a bit different.  They serve a grilled burger that, at six ounces, is a bit heftier than the small griddle-smashed patties that are de rigueur in the city.

They also have a small griddle-smashed burger, because this is Toronto, so of course — but the grilled burger is there, and it’s called the Mama, so it’s the specialty.

I ordered the Mama’s Signature, which is a double cheeseburger with bacon and caramelized onions.  You can get it topped with your choice of condiments (I went with Mama sauce, pickles, and tomato).

I need to mention the caramelized onions first, because holy crap, those onions.  They’re so sweet.  It’s overwhelming.  They’re syrupy and cloying and in your face.  I’m pretty sure I have diabetes now.  Is that how diabetes works?  Because if it is, I have it.  Most desserts aren’t that sweet. 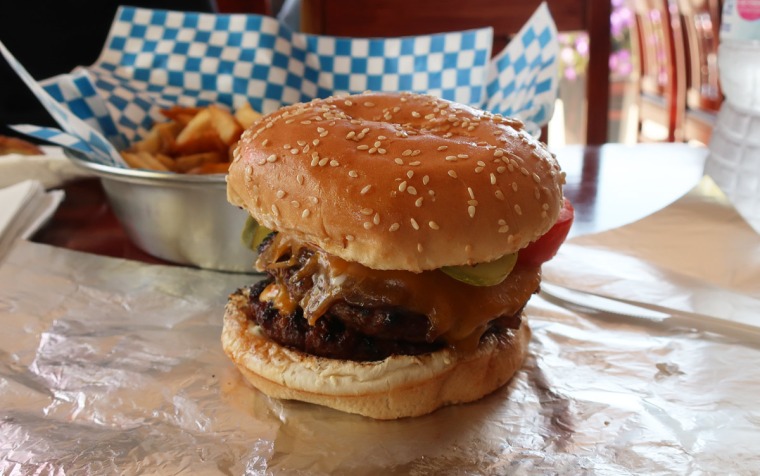 It overwhelms everything else to an almost absurd degree.  For the first few bites I assumed they were mixing sugar right into the meat; the sweetness is so pervasive I thought it had to be coming from the patties themselves.  It’s bonkers.

The patties aren’t bad, though I literally had to pull a piece right out of the bun to even tell what they tasted like.  They don’t have much of a beefy flavour, and they’re definitely too finely ground (they’re a bit tough), but they’re fairly juicy and agreeable enough.  They also have a bit of a smoky flavour from the grill, but again, it’s completely wiped out by the sugary onions. 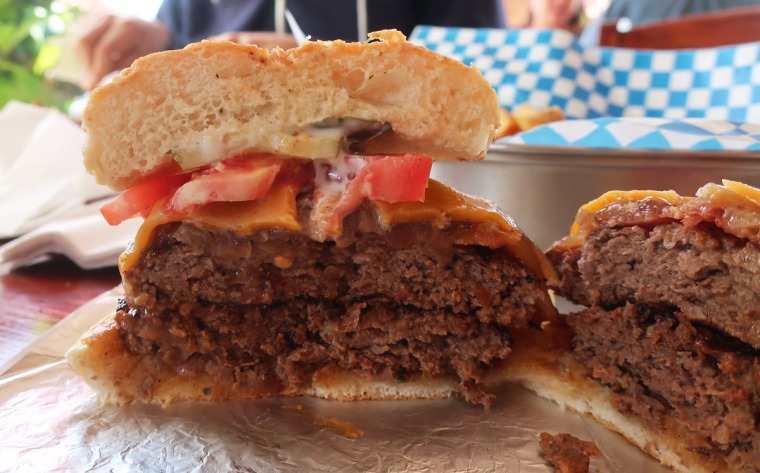 The other issue is the slice of mild Cheddar.  They put it on top of the onions instead of right onto the patty, so it never gets hot enough to fully melt.  I’m sorry, but that means that this isn’t actually a cheeseburger — it’s a hamburger with a slice of cheese on it.  The only way for a hamburger to make the magical transformation into a cheeseburger is for the cheese to melt and mingle with the beef.

The other toppings are fine, though again, they’re lost in the unforgiving deluge of sugar.  I was only able to identify the Mama sauce as garlic mayo by trying it on its own.  Otherwise I just couldn’t tell.  I wish I was exaggerating about how overwhelming the onions were.  It’s madness. 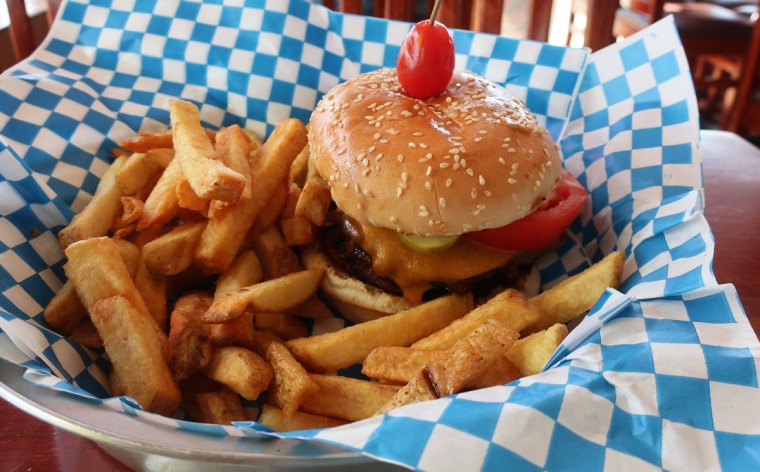 As for the fries, they’re slightly underseasoned, but are otherwise very good.  They’re quite thick, but they’re perfectly crispy and creamy.  They were easily the highlight.