I have a Google phone, and every now and then it’ll pop up with an unsolicited recommendation for a restaurant it thinks I’ll like — I guess based on my search history and places I’ve visited?  It is equal parts unnerving and impressive. 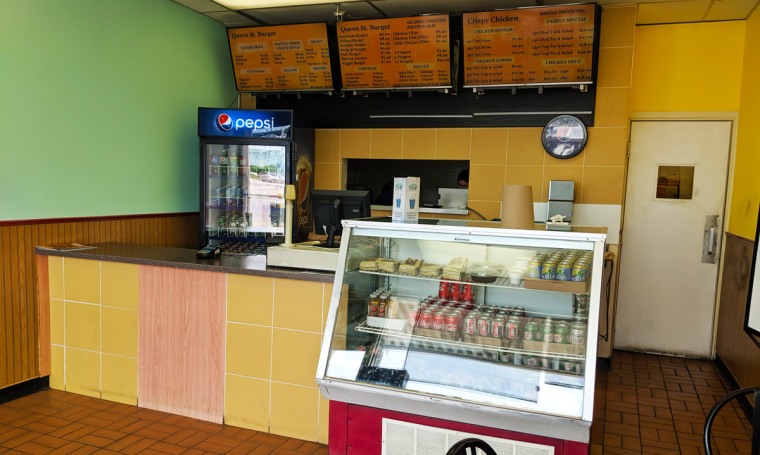 Anyway, it’s fine.  I basically enjoyed it, so I guess Google was correct, but it’s not exactly a place I’d strongly recommend.

I ordered the Premium Burger, which is the bare-bones hamburger topped as you like.  I went with tomatoes, pickles, and Queen Sauce. 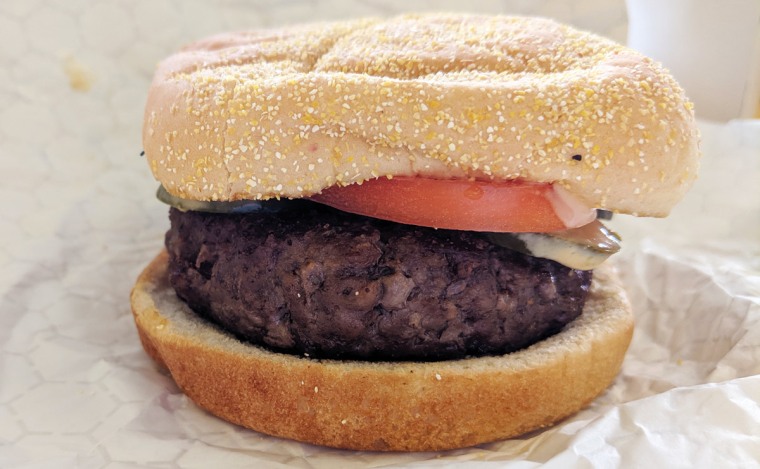 They serve a griddled patty that’s significantly more substantial than the smashed burgers that are de rigueur throughout the GTA.  And for the most part, it’s not bad — specifically, the texture is on point and it’s actually decently juicy, which is particularly impressive considering how well done it is. 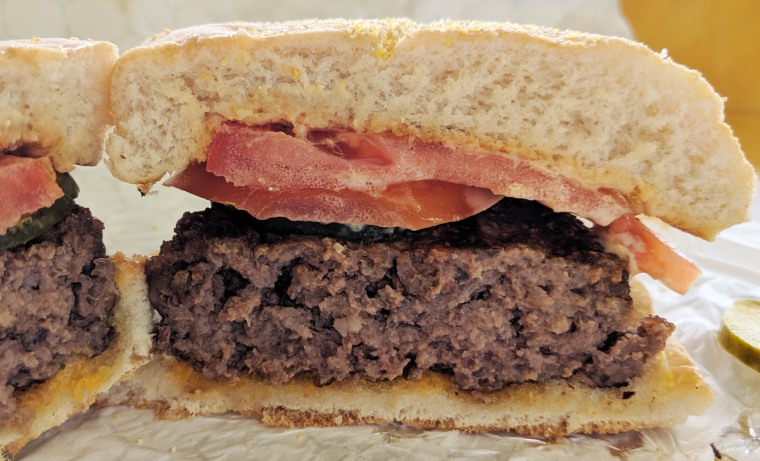 But the flavour is lacking.  The patty is nicely salted on its exterior, but the flavour of the beef is middling and bland.  It’s neither pleasant nor unpleasant.  It’s just kinda there.  The patty also has almost no colour or crust from the griddle, which is unfortunate.

The Queen Sauce is slightly zesty, but otherwise doesn’t particularly stand out, and the bun is exactly what it looks like. 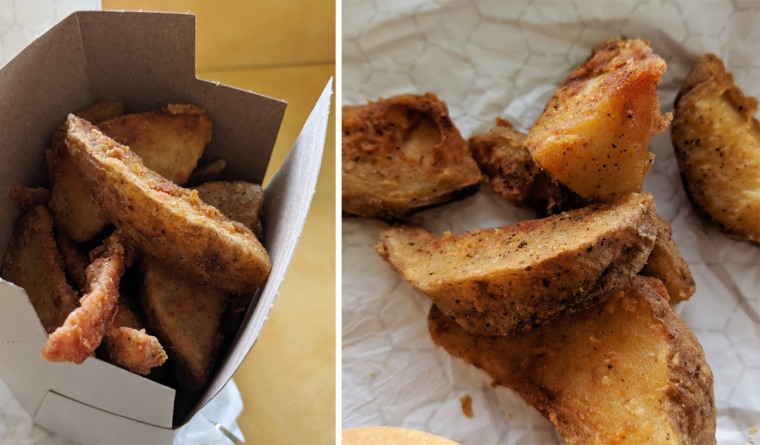 I ordered taters on the side, mostly because it’s right there in the name of the restaurant.  I’d call what they serve here wedges rather than taters (I was expecting something more like this), but they’re tasty regardless, with a crispy seasoned exterior, and a creamy interior.  They reminded me of the wedges I used to order from a pizza place near my house when I was a kid, so at the very least, they gave me a nice comforting dose of nostalgia.